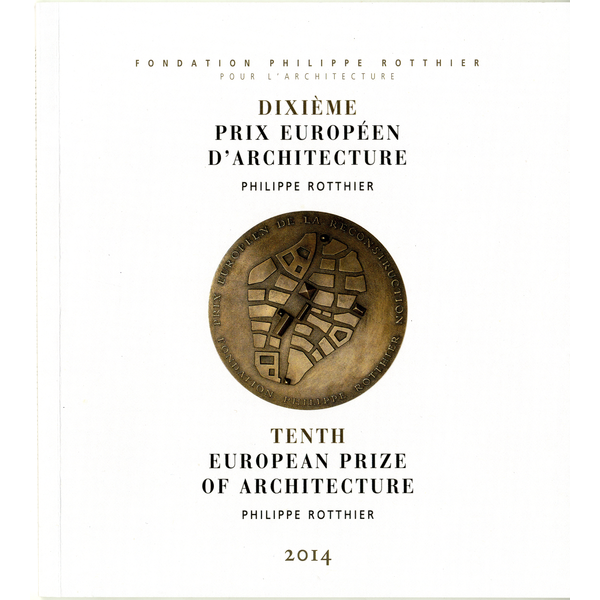 Presentation of the book

Awarded every three years and created by the architect Philippe Rotthier in 1982, this prize acknowledges contemporary works, which respect the architectural and urban principles which formed the basis for the creation of Europe’s most beautiful cities. The prize was awarded for the tenth time in June 2014.
After Urban renewal and the new neighborhoods in 2008 and The renovation of existing sites and buildings in 2011, the theme chosen for the tenth session is the relationship of architecture to major art of landscape – natural, urban or man-made landscape. The 2014 Prize rewarded projects from Burkina Faso, Spain, France and Switzerland, which fit into the surroundings and improve them. Considering the topic with a broad-brush approach, the prize, focused on the exploration of a specific location, its history and the respectful integration of new elements, has shown once more that the rehabilitation is an important part of architecture. The relationship between architecture and landscape can be of natural or urban order, as well as an intervention in an existing building.

Sebastian Redecke, editor and co-author of a number of works on contemporary architecture in Berlin and Paris, is a staff writer on the architecture weekly Bauwelt in Berlin, since 1990. He was a member of the jury of this session of the Philippe Rotthier Prize 2014.

President of the jury 2014, Maurice Culot is an architect and town planner, he was in charge of the Department of History and Archives in the French Institute of Architecture. He chairs the Fondation pour l’Architecture in Brussels and runs the architectural studio office ARCAS in Paris.

Anne-Marie Pirlot is an art historian and director of the Fondation pour l’Architecture in Brussels.